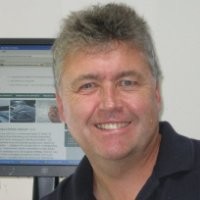 My financial industry career began “on the phones” at Fidelity explaining mutual funds to retail investors. I have never lost touch with the lessons learned during that stint about the importance of communicating in terms the audience can relate to. While at Fidelity, I leveraged my writing ability to move into institutional product management. I would spend the next several years within the industry supporting wholesale distribution efforts in product management and marketing communications roles. During this stage of my career I got to know a whole new set of target audiences – namely, institutional investors, wholesalers and advisors. For reasons which are lost in the mists of time, I also attended law school evenings, earned a J.D. and passed the Massachusetts bar,

My last posting before founding BICG was as Vice President, Director-Investor Communications for Scudder (now DWS) Investments. In that role, I led a team responsible for customer newsletters, web content, investor education programs and shareholder reports. I was also heavily involved in coordinating messaging strategy across multiple channels and in representing marketing on initiatives to improve the accessibility of shareholder reports and prospectuses. While with Scudder, I carried the Series 24 (Securities Principal) and Series 7 (Registered Representative) designations and served as a member of the ICI Shareholder Communications Committee.

In 2002, a series of mergers and reorganizations left me with the desire (and also the “opportunity”) to have a little more control over my own fate. My then-coworkers and now business partners Tom Regan and Tom Kenny were also founding partners of BICG. From day one, we have taken the approach that in order to keep this thing going we need to “do great work and be great to work with.” And with two kids starting college I’ve never taken that credo more to heart.